This trek crosses the ancient lands of Terra d’Otranto and Terra di Bari, beyond the boundaries between Basilicata and Puglia. Starting from Matera you will visit and stay in pleasing small towns like Alberobello, Ostuni and Lecce. A walking tour in south Italy that shows some of the most beautiful paths of these territories, two Unesco towns and some villages where admire the southern Baroque, without neglecting the presence of the beautiful Adriatic Sea that meets the Ionian Sea in the easternmost point of Italy, just south of Otranto

Day 1. Welcome to Matera
Individual arrival to Matera and accommodation in hotel. Welcome to the City of Rocks. It is a Unesco site since 1991 and the next European Capital of Culture 2019, Matera will host you in its simple and genuine way, making you know about its historical centre, unique in the world, and its
extraordinary landscapes.

Day 2. Matera and the Park of Rock Churches (3hr walking: +210 -210, 10km)
After breakfast you will begin your hiking week going down and up the Gravina (ravine) and coming up to Murgia Timone, inside the Natural Park of the Rock Churches of Matera. Today’s route will take you along an enchanting panoramic trail, rich in naturalistic and stunning views over the Sassi, in frescoes and cave churches. Devote the last hours of the day enjoying the history of Sassi (stones). To get a well knowledge of Matera, we recommend a visit to Casa Noha, a site preserved by the italian FAI, where, in the rooms, short videos illustrate the evolution of the Sassi over time in a suggestive way.

Day 3. Matera – Puglia Aqueduct – Locorotondo – Alberobello (3hr walking: +140 -110, 14km)
Private transfer to the Itria Valley, a territory that tries to keep its ancient balance between man and nature, focusing on a local development that emphasizes its architectural and craft peculiarities. In the heart of Puglia, the towns of Martina Franca, Locorotondo and Cisternino are the last eastern edge of the Murgia plateau, bordering the Messapian plain of Salento. Today the path will take you to the village of Locorotondo by a walk on the Greenway of Puglia Aqueduct, the longest aqueduct in Europe. From Locorotondo, after a recommended tour of the old town, you will take local public transports (train or bus) to Alberobello for lodging in the characteristic Trulli houses.

Day 4. Alberobello – Martina Franca – Alberobello (4.5hr walking: +130 -100, 17km)
Today’s walk will start from Alberobello to proceed southwards along country roads and short stretches of gently sloping paths. One of the most beautiful naturalistic views will be the Bosco Selva, the “green heart” of the area and rare example of the vast oak forest that once covered the entire surrounding area. Continuing towards Martina Franca, among the high dry stone walls typical of this area and the wide pastures that still preserve ancient Trulli, you will climb to Monte San Martino to reach the elegant old town, splendid example of Puglia Baroque art. Return to Alberobello for overnight by FSE public transports direct line (train or bus). Last but not least, in the afternoon you can enjoy a tasting of typical products in a Trullo shop.

Day 5. Alberobello – Natural Park Dune Costiere – Ostuni (3hr walking: +160 -70, 12km)
Once left the Capital of Trulli you will reach by private transfer a Masseria in the Natural Park of Coastal Dunes. Today you will walk surrounded of the same countryside that donate the seasonal specialities ending up on the tables of every typical restaurant. After a short break in a small farm, you will go up the hills by choosing the right path: through the forest, climbing slowly towards the ancient village “La Terra”, the highest and most characteristic hill of Ostuni. If you like, you can also try a detour to the Sanctuary of St. Biagio, the most complete rock settlement of Ostuni. When you will see the white inverted cone of Ostuni among the olive trees, then you will be near the! Archaeological Park of St. Maria di Agnano, site of exceptional historical value where a young woman of the Paleolithic era was found.

Day 6. Ostuni – National Park Dune Costiere – Lecce (2hr walking: +10 -140, 7km)
After breakfast a short trail, mainly on gravel roads downhill towards the sea will take you to the edge of the Regional Natural Park of Coastal Dunes. This protected area between Ostuni and Fasano, with its numerous natural habitats, the ancient olive groves, the historic masseria farms and underground oil mills, develops an important role in the environmental protection and relevant sustainable economic development. In an ancient farmhouse you will taste its extra virgin olive oil, visit the underground oil mill supposedly dating back to Roman times, the private museum, the small 18th century church with its altar made of Lecce stone. Here the olive trees are waiting to be entered on the Unesco World Heritage list and you will discover why. To follow a private transfer to Lecce. After check-in you will have time for a first visit to the capital of Salento Baroque.

Day 7. Lecce – Otranto – Lecce (2.5hrs walking: +80 -80, 8km)
After breakfast you will reach Otranto by train or public bus. You will spend the day in and around the most eastern city of Italy, always been a link between East and West. Down the coast there will be unexpected discoveries and unspoiled landscapes until you see the most eastern tip of Italy: the fascinating Cape of Otranto. Here the currents of the two seas, Adriatic and Ionian, separate and come together in an incredible scenery. We will head back to Otranto not before an impressive detour to its, now famous, abandoned bauxite quarry or Blue Lake for a breathtaking picture full of colours and strong feelings. Before returning to Lecce, still by local transportation, we recommend to spend the time left for the visit of Otranto, its Cathedral with its impressive mosaic of Pantaleone and the Castle.

The tour is suitable for anyone with a minimum of training. The length of a walking day ranges from a minimum of 7 to a maximum of 17km, with almost undemanding unevenness and travel times between 2.5 and 4 hours. The tours wind mainly through dirt paths and country lanes; rarely, and only when strictly necessary, on busy roads. We recommend to wear comfortable walking shoes, better if trekking boots, and to bring with you a hat, drinking water, sun cream, swimming suite and a waterproof jacket in case of rain. We will take care of your luggage while you are walking.

In case of need you can call our emergency number 24/7 , anytime, our staff will be available to make your holiday quiet and serene.

Departure dates: Every day from 01 February  to 31 December

What is included:
Not included:
Additional Supplements:

All rooms are ensuite.

7 breakfasts included. All other meals are not included 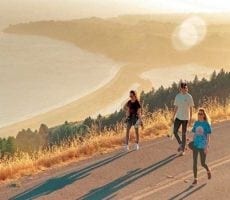 Walking ad Cycling Tours
Discover places, cultures and customs that will involve you throughout the whole vacation…unique self-guided and guided tours 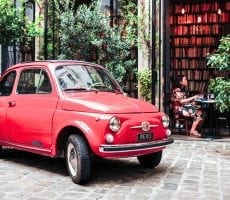 Vespa and Vintage Fiat 500 tours
Discover places, cultures and customs joining one of the daily small group on a Vespa or Vintage Fiat500

Thank you to request the PDF version of the tour

Please fill out the form and our team will send you a copy.

Got questions & enquiries about our products & offerings?
Please fill out the form and our team will get back to you as soon as we can.